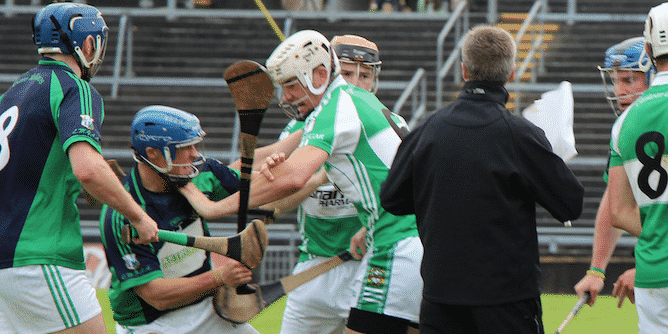 Online bookmakers are always looking for an edge over the competition, and one of the ways they do that is by offering bets that can’t be found elsewhere. This form of one-upmanship over the years leads us to where we are today. Visit any major bookmaker and you’ll find a surprisingly diverse variety of bets on offer.

All the world’s major sports are covered as you would expect, but an increasing number of betting sites are also covering some extremely niche sports that are really only played in a few countries at the most. Others were “niche” a few years ago but are growing quickly. In any case, here’s a look at the 5 strangest sports that you can actually bet on online for real money.

Note: Don’t be offended if your favorite sport gets caught up in the net. I don’t say “weird” as an insult. These are just sports that people in other parts of the world are likely to have never heard of before. Let’s just have a little fun today.

The traditional Irish sport of hurling looks like a rough and tumble combination of lacrosse, rugby, and football. Legend has it this game has been played for some 3000 years in the land we now call Ireland. Players are given a wooden stick that they use to hit the sliotar (it looks like a baseball) across the field and into the opponent’s goal (3 points) or above the goal (1 point).

It is a fast-paced game that people say makes for great spectating. A well-hit sliotar can exceed 150 km/h and the players are allowed to shoulder check each other. People around the world participate in the sport but is by far the most popular and well-known in Ireland. Major Irish matches can attract upwards of 85,000 spectators.

You may have played netball in school, but this sport is not just for kids. In fact, netball is an IOC-recognized sport with members of the International Netball Federation lobbying to have it included in the next Summer Olympics. Granted, they’ve been trying to secure an Olympic berth since 1995…

One of the big problems netball faces in its goal to get an Olympic spot is its similarity to basketball. Netball is definitely a unique sport, but a quick look at the highlights video below will show you what I mean.

Additionally, netball is played mostly by women and has had a hard time generating much interest from a wider viewing audience, sponsorship money, and so on. I’ve seen some people blame this on sexism and other nonsense, but the reality is that netball just isn’t the most exciting sport and only attracts players from half the population. Plus, it’s tough to compete against basketball for viewers.

Despite these troubles, netball has its appeal and enough people follow the sport that some bookmakers are starting to hold netball betting markets. You won’t find new wagers every day, but you can usually expect to see wagers for the Netball Superleague, ANZ Championship, World Netball Championships, Commonwealth Games, and the World Netball Series.

At the risk of irritating our Finnish readers, I present the weird sport that we also know as Finnish baseball. They call it pesäpallo and even have pitchers, bases and batters. However, the field takes a completely different shape and the pitcher only tosses the ball straight up in the air in front of the batter. This gives the offense more control over the game, which in turn makes for some interesting strategic matchups.

This sport’s ancestral home is Finland, but other nations do have their own pesäpallo leagues and fans. The pesäpallo World Cup hosted every third year has to date attracted teams from seven nations: Australia, Estonia, Finland, Germany, Sweden, and Switzerland.

The main domestic competition takes place under the “Superpesis” banner, which comprises 14 men’s and 10 women’s teams that play to an annual championship. Online betting sites that cover the sport usually allow you to bet on individual Superpesis matches, make predictions on who will win the league, and more. If it is a World Cup year, you can be sure to find wagers for those matches as well.

Gaelic football is huge in Ireland and rarely even mention anywhere else in the world. It’s strange because some Gaelic football matches have been known to attract crowds of 80,000+ people. If you were to watch a match in action and conclude that this sport resembles a cross between rugby and association football, you’d be thinking the same thing we all think the first time we saw the sport.

The object of the game is to accumulate points by getting the ball through the bottom goal (3 points) or by kicking or throwing the ball over the crossbar (1 point). That’s the basic gist of the game, but you can see a full explanation of the rules here if you’d like to know more.

Betting sites that cover Gaelic football do get pretty in-depth, which is nice to see. The bigger sites offer markets on individual markets, futures on every major event, and much more.

If recent growth trends hold steady, we won’t be calling eSports “weird” for much longer. For those who don’t know, eSports refers to competitive video gaming among games such as World of Warcraft, League of Legends, and many others. Major gaming competitions are actually turning into spectator events. In one widely-touted example, a World Cup football stadium in Seoul actually sold out for the 2014 League of Legends World Championship.

As strange as it sounds, eSports are not going away any time soon. The following video does a pretty decent job at putting it all in perspective and answering a few of the questions that inevitably pop up whenever someone is introduced to the whole eSports idea.

What’s crazy is that not only are eSports now being shown on mainstream television networks, but you can even bet money on upcoming matches. If you follow the competitive gaming scene for a while, you’ll get to know certain teams and big-name players. As big matchups draw near, people debate and argue just like they do with any sport. Naturally, the bookmakers have caught on to the craze and some are now letting you bet on eSports online.