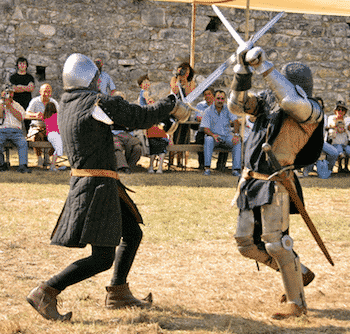 Mixed martial arts is one of the softest sports for online betting in my experience. This is probably because there isn’t as much public interest in the sport as there is in, say, the NFL so the oddsmakers don’t spend as much time researching every last line. Plus, there just isn’t as much experience in the field of making MMA odds.

I’ve also found that people tend to get more emotionally invested in upcoming fights than they would for other sports. You know how certain types tend to overestimate their own fighting skills? Well, somehow that shines through in UFC fandom and people throw logic out the window when they start making predictions and wagers on upcoming MMA matches. This is good for the analytical sports punter because it skews the line and creates opportunities for value bets.

I really struggled when I first got started with online UFC betting but I think I’ve finally gotten a pretty decent hang of it these days. Just a few years ago, you could use me as a guidepost for how to NOT bet on any upcoming UFC fight. If you wanted to make money, all you had to do was ask me who I was betting for and you could make easy money by betting on the exact opposite outcome as my predictions.

Thankfully, things look a lot better these days. I don’t claim to be an MMA betting expert, but I have learned a few things that I’d like to share with you today. This post is written with the UFC in mind since that’s the highest level of competition in MMA, but these tips can be applied to any organization.

Note: See this page to review the basics of MMA betting if you need a refresher on how the odds and different types of wagers work.

One of the most surefire ways to lose a lot of money betting on the UFC is to get all your information from Dana White and those promotional videos the UFC puts out before big fights. I don’t say this to disparage Mr. White, but you have to remember that his job is to sell fights. You can always count on the UFC to build up both fighters to where it seems like we’re about to watch the Fight of the Century.

Basically, what I’m saying is to ignore the hype. If your only sources of information are UFC-produced fighter profiles and previews, you’re going to have no idea how to actually bet on the fight. UFC videos and articles are not produced for the purpose of providing unbiased information hat can be used by gamblers; they are produced for the sole purpose of generating interest in the matchup.

The best thing you can do is get on Google and research each fighter on your own. I like to look at a variety of factors such as:

One key comparison that usually helps me is to see how successful each fighter is at finishing fights via his preferred method. What that means is, say we have a standup striker who loves to go for the standing KO. How often does he actually get the KO? If his opponent is a wrestler, how often does he finish the fight before the final bell?

It’s true that all UFC fighters are well-rounded, but almost every fighter has an obvious bias towards one style or another. We know that Jacaré and Palhares love to take it to the ground and hit a submission. We know Donald Cerrone loves to keep it standing and go to war.

No matter which style each fighter classifies as, you can often get a pretty accurate prediction by simply comparing how successful each one is with that style. This comparison often works as a tiebreaker if you can’t find an obvious favorite.

For example, the Chad Mendes vs. Conor McGregor matchup leading up to UFC 189 gave people fits when trying to predict the outcome. On one side, we had a standout wrestler with an excellent resume who could presumably put the standup-oriented McGregor on his back and finish the fight there. On the other side, we had a long-reached and creative striker who seemed more than capable of managing distance and keeping the fight standing.

What made the Mendes-McGregor match even more difficult to predict was a lack of evidence either way. Up until that point, neither fighter had fought someone quite like the other. I waffled back and forth on both until I decided to back McGregor because he had a much more consistent track record of finishing fights where he prefers (on the feet). Sure enough, fight night came around and McGregor was able to end the fight early with his standout striking skills and passable ground game.

I’m not saying that this comparison is in any way a “sure-fire” thing. All it does is give you a better way to compare fighters’ records than just totaling up the win-vs-loss columns. It is a useful thing to consider, but it’s still just one piece of the UFC betting puzzle.

Don’t force yourself to pick one fighter or another if you can’t determine who is the favorite or if the odds are just too lopsided to make it worthwhile. Remember, there are other types of wagers beyond just “who will win.” Most major matchups also offer over/under wagers on how long the fight will last and bets on the method of victory.

The recent fight between Ronda Rousey and Bethe Correia serves as a perfect example. Going into the fight, the odds on Rousey were around -1800 while the odds on Correia were around +1000. Neither wager was any good because Bethe’s chances of winning were so remote that it wasn’t even worth putting money on her at 10-to-1 odds. Meanwhile, Rousey’s odds of -1800 would have required way too much risk for a paltry reward.

Instead of betting on who would win, the smart money took bets on the “under 1.5 rounds” option. We all knew Rousey seriously outmatched Correia, so this wager was effectively the same thing as betting on a Rousey win but with much saner odds of -320 or so.

The Rousey-Correia fight also serves as an example for my earlier point about ignoring the Dana White hype train. If you would have listened to the UFC building up this fight, you would have heard how dangerous and heavy-handed the undefeated Brazilian was and that this would be a true test for Rousey. UFC fans knew that this was in no way true – Rousey has already fough the best in the division and crushed them all. Correia was an accountant with a record built on the backs of way less-skillful competitors.

3. Choose Your Bets Based on Value

Value is the name of the game when betting on any sport. If you’re new to sports betting, you may come in with the notion that it’s all about picking the winner. Yes, it helps to know who is likely to win (obviously), but it ultimately all comes down to value.

When I say you should look for value, I mean you should look for outcomes that are more likely to occur than what the odds posted by the bookmaker indicate. Example: Let’s pretend the bookmakers are offering odds of +133 (or 4/3) on Lyoto Machida in some upcoming fight but you believe he has at least a 50% chance of winning (i.e. he wins this fight 5 out of 10 times on average), there would be value in that bet.

Betting for value is a slightly different goal than making bets that attempt to predict winners. If your only goal was to pick winners, all you would have to do is blindly bet on the favorite every time and you would have more winners than losers. The oddsmakers are pretty good at determining who is likely to win and lose each fight.

However, this would be a terrible strategy because you would be giving up massive value and paying way too much on the favorites. You would lose a lot of money. Remember: it is entirely possible to have a winning picks record and still lose money in sports betting. You need to look for value.

One personal rule that works for me is to only place a bet if I can give myself a concrete reason why I think there is value in this wager. If I can’t name a specific reason why I believe this exact wager would show a profit over the long run, I don’t place the bet.